"Human beings have a quite different kind of energy than they had 200 years ago, or 500 or 1000 years ago; that today the energies of freedom are emerging in us, and that this is exactly the point where one can speak to, a kind of science of freedom.
Once the bottom line in our stocktaking of the world has been found then everything must orientate itself toward this new energy situation. This includes recognition of the fact that a new manifestation of energy is in the world, represented by the human being; and that this is also something new in human beings--leaving aside for the time being the extent to which it has spiritual links to other networks of forces individualized in the world.
And although this is a given, it is still something that must actually be perceived, as well as practiced, taught and investigated."

-Joseph Beuys What is Art? 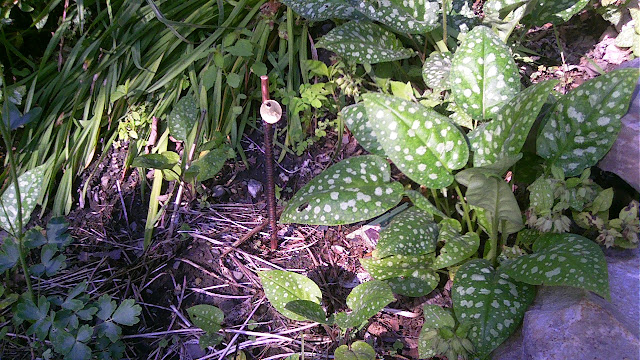 My project of inserting copper rods wrapped with iron wire into the earth at specific points along the Hudson River has inspired spontaneous dialogue and interest from both friends and strangers. Leaving from a doctor's appointment, I bumped into my neon artist friend, Rocky Pinciotti, who I hadn't seen in years. Hearing about my Hudson River Jin Shin Jyutsu project, he excitedly suggested I go global with it, track all the points with GPS coordinates, and create a website to sell the copper rods worldwide. That very same week, having lunch with a friend in New Paltz, a stranger sitting alone at the next table, overhearing my conversation introduced himself, Jonathan Pazer. A once-personal-injury-lawyer transformed into a paper-folding-origami-artist, he too, was enthusiastic about my idea and recommended geocaching as an added component to the project.

Coincidences, chance meetings, dialogue--what happens to us every day, creates our own personal algorithms shared within our social environment. Using the Taoist concept of wu wei and allowing each location to appear spontaneously is to be my method.

As a result, the selected spine locations along the river unfold into its own strangely connected narrative and algorithm. This blog tells the story.

Posted by maincentralvertical at 8:41 AM