Philosophy is written in this grand book, the universe, which stands continually open to our gaze. But the book cannot be understood unless one first learns to comprehend the language and read the characters in which it is written. It is written in the language of mathematics, and its characters are triangles, circles, and other geometric figures without which it is humanly impossible to understand a single word of it; without these one is wandering in a dark labyrinth.

What is it that draws one to a place? Particularly with an earth acupuncture healing project such as this. I was asked recently what is it I sense or feel when deciding on a location to insert my copper needle into the earth. I replied it was simply an excitement I felt and a certainty. I have chosen the twelve cities along the Hudson River to represent energy points or chakras corresponding to the spine but then must find within those cities, the right place.

For some reason, choosing a place in Beacon, representing the Solar Plexus chakra, continued to elude me until I realized it had to be in the location I spend most of my time; the contemporary art museum where I work full time and exhibits many of my favorite artists: Agnes Martin, Joseph Beuys, Robert Smithson, to name a few. It is a 300,000 square foot, naturally lit, industrial space along the Hudson River.  On the edge of the property is a quiet reliquary of John Cage's collection of rocks used to make paintings during his Mountain Lake Workshop in Virginia. I am drawn to this place and Cage's belief in chance occurrences to "let" things happen and unfold in time. 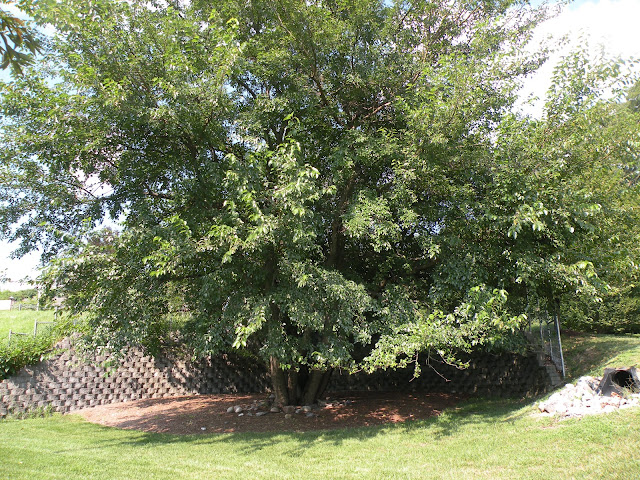 In 1988, John Cage produced a series of paintings titled New River Watercolors at the Mountain Lake Workshop. Cage utilizes the I-Ching or computer to compose his music or determine which material will be used to make a painting. These ideas developed from a Zen and Dada sensibility where "laws of chance" embrace all other laws and reveal a deeper sense of nature beyond the rational ego. Places we would never get to if left to our own thoughts and decision-making process. 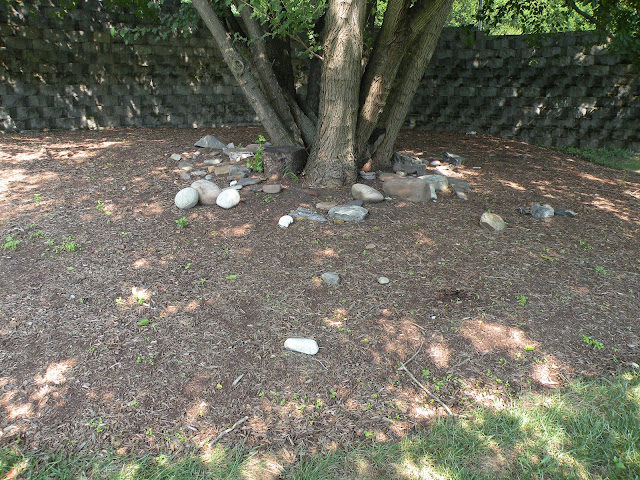 Cage developed an extremely disciplined format in which to organize his decisions. Chance still involved discipline, to not do just anything, but to free oneself from the ego's likes and dislikes.

Cage collected stones from the New River, sorted them into three groups by size and separately numbered each one.
Paint brushes, feathers to paint with and colors were also numbered. Using pages of random numbers generated by a computer program determined how each painting would be made; which stones to paint around, which brush or feather to use, which colors, how many washes...

What exactly is it about art, systems or relics that occupies our imagination? The remains of some great act, "something" left behind; what is that something?

I'm reminded of an experience from a decade ago. I thought for the fun of it, I would drive my then 10-year-old son to visit a Carmelite monastery that had advertised a St. Teresa of Avila relic on display. I was stunned and surprised to find myself sitting in traffic; hundreds of people were drawn to this place. Those long lines of people standing on city blocks waiting to see blockbuster museum exhibitions was nothing compared to this! All for a piece of cloth! And I without a camera! So impressed by this large audience, I researched St. Teresa and learned that her body had been exhumed several times after her death and "her heart, hands, right foot, right arm, left eye and part of her jaw are on display in various sites around the world."

On another occasion, visiting the Museum of History of Science in Florence, Italy, I was able to get a photograph of the finger of Galileo in a bell jar moments before being told no photography was allowed.
Galileo convicted of heresy for discovering the earth rotated around the sun at a time when people believed otherwise. Imagine understanding a huge truth about the universe that goes unsupported by the majority of people living in your time!

Ours is a capitalist, materialistic and noisy time. We need stillness to hear the sound of energy flowing through our bodies and I believe, once we learn to listen, we can hear the stories we are not telling ourselves. We can hear the future.

My Main Central Vertical Flow of the Hudson River is telling an untold story weaving together multiple narratives and references. 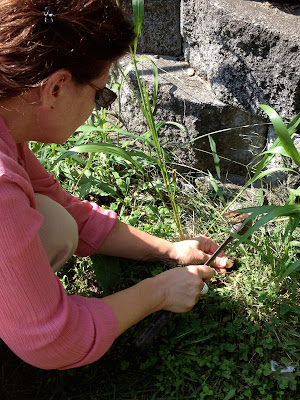 Thank you, Melissa Toth, for sharing this moment in Beacon under the John Cage reliquary tree.
Posted by maincentralvertical at 12:25 PM